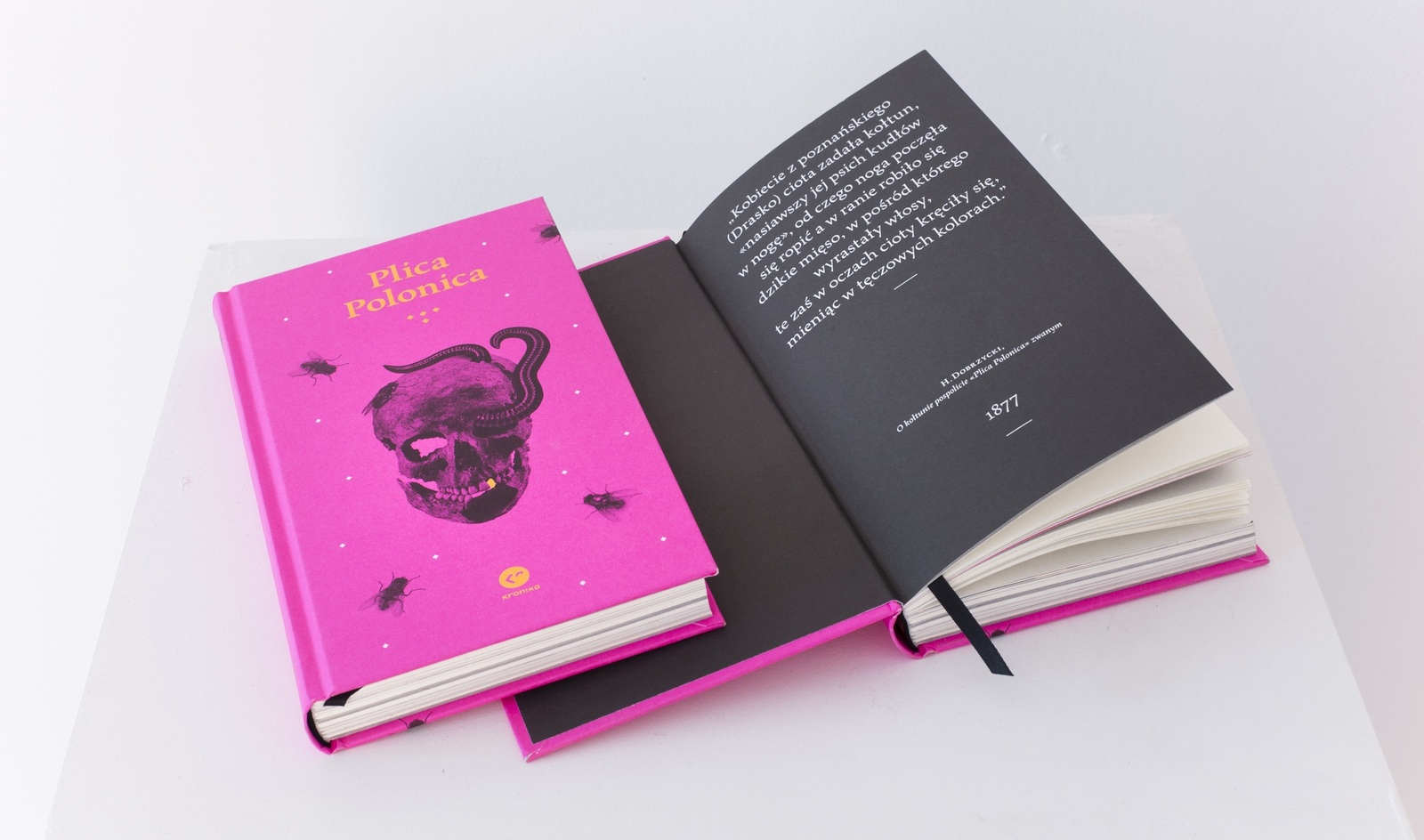 "A witch has cast the tangle on a woman from Drasko in Poznan area, «sowing dog’s hair into her leg». The leg began to suppurate, wild meat appeared in the sore, and hair began to grow from it, curling in the witches eyes, shimmering with all the colours of the rainbow.”

Plica polonica is the Latin name for Polish quilt, a phenomenon with rich history in Poland, still observed in the country as late as in the beginning of the 20th century. Although the "disease" was also found in other countries, nowhere did it occur as massively as in the Republic of Poland.

The exhibition Plica Polonica, based on the phenomenon and referring to the pejorative meaning of the term in Polish language (used as a synonym of backwardness and obscurantism), shows the current situation of Poland in the context of the effects of the modernisation processes of the last twenty-five years and the accompanying failures and successes. In today's post-transformation reality, the word takes on new meanings. The project seeks to find and illustrate today's cultural "quilt", presenting artistic works that, like a litmus test, show the issues closest to social debate, as well as secondary elements of everyday life: habits, dishes, sports competitions, the iconosphere of the street, historical memorabilia, Polish cinema or fashion.

This publication is a collection of curiosities related to the project, consisting of texts and some of the works from the exhibition, and is a document of the meeting. Plica Polonica is part of a series of exhibition activities by the Bytomian Chronicle, which, among its various objectives, also pursues a programme to explore and expand the contemporary Polish imaginarium.