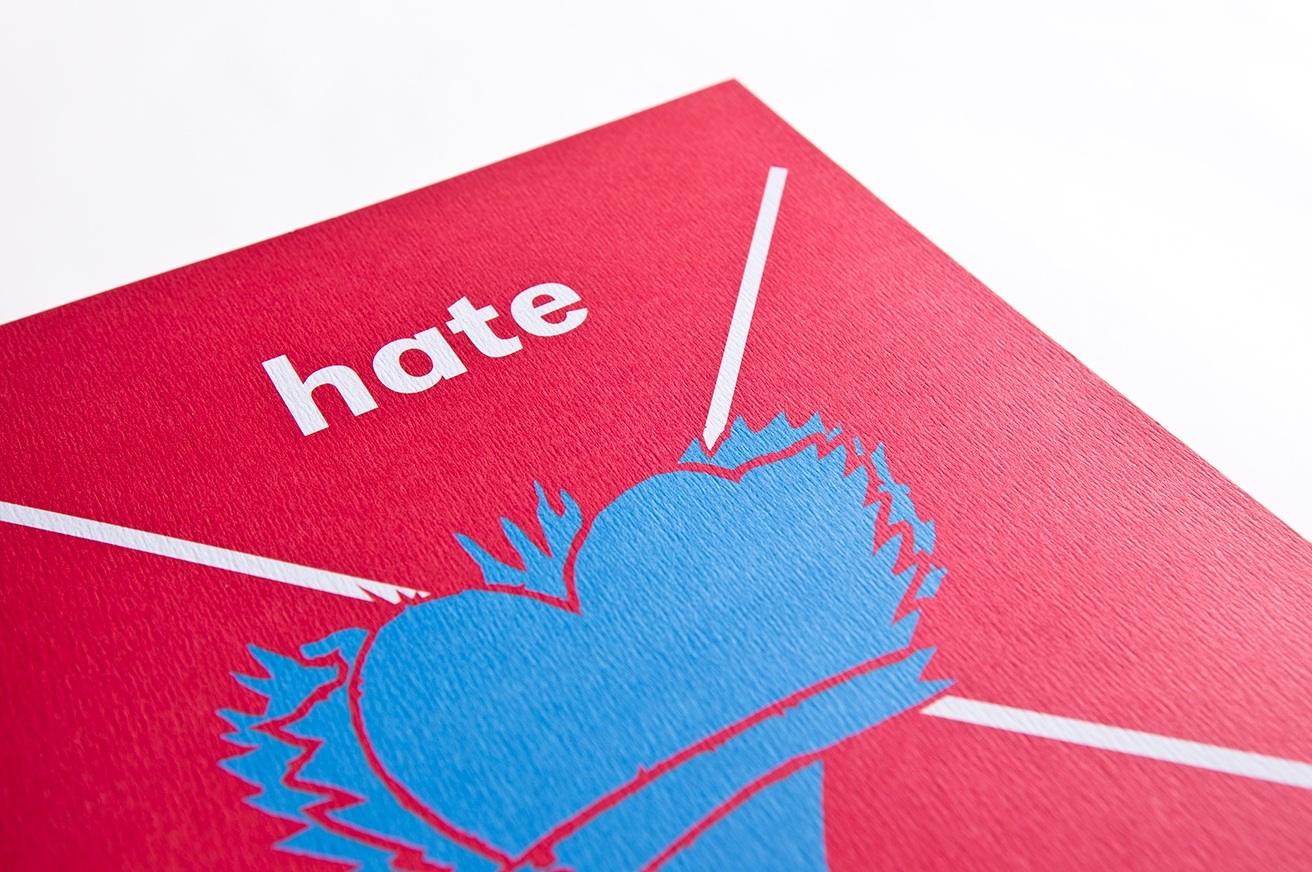 The catalogue HateFree? is a summary of the project, which was a reaction to the growing phenomenon of hate speech towards minorities in Central and Eastern Europe, and in particular to hateful attitudes towards the Roma.

In the HateFree? exhibition, the artists take the side of those who are stigmatized because of their difference. They analyze the mechanisms that define certain groups as inferior to others or socially excluded, and point to the dangers stemming from the escalation of hatred in our society.

The project is dominated by minimalism. The three language versions of the catalogue and the system of links to the works and their descriptions behind them became a pretext for creating an unobtrusive ornament. It refers to motifs characteristic of the Roma culture through its colours - blue, green and red - the colours of the Roma diaspora. The form of the catalogue cover is an attempt to reproduce the features of one of the works presented at the exhibition - its colour and texture. The work was an alternative, mobile museum of Roma culture covered with pictograms created during workshops with teenagers from the village of Rankovce near Košice in Slovakia.

back to: Publications / 2021-2018
White Lie
The Most Beautiful Catastrophe