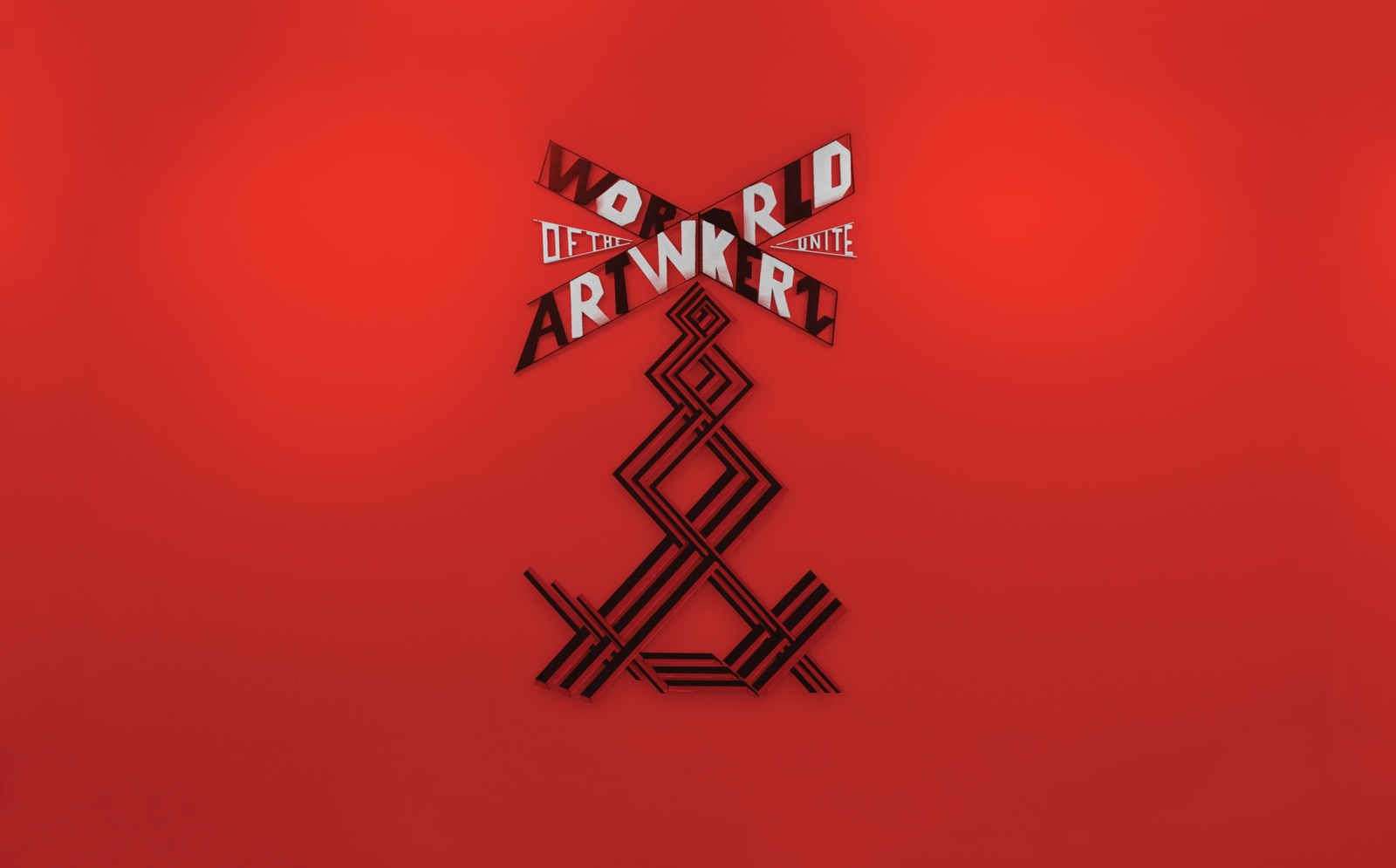 Workers of the Artworld Unite

Workers of the Artworld Unite is a popularising exhibition which, using the language of art and artistic activities, aims to illustrate current economic problems of artists, curators and institutions dealing with visual arts in Poland, as well as the place or status of art and its creators in the social field.

The title is a reference to the famous poster by Gustav Klutsis Workers of the World Unite (1922), which, paraphrased, will appear at the exhibition as a manifesto by Rafał Jakubowicz. The exhibition refers to the artists' strike called "A day without art", which took place in art institutions all over the country on 24 May 2012 and directly addresses the situation of artists who, "having no permanent employment, find it difficult to make ends meet. They work a lot, earn poorly and irregularly. They also become the first victims of budget cuts in cultural institutions and unfavourable changes in the labour market. Artists are not businessmen, they do not create with profit in mind. Some works, often the most important for society, are not even saleable. And many artists, including those who have already entered the pages of encyclopaedias, remain outside the pension and health insurance system" - as we read in the Strike Gazette. The strike, coordinated by the Civic Forum for Contemporary Art (Obywatelskie Forum Sztuki Współczesnej), in defence of artists and their social rights, has so far failed to produce results because, above all, it has not met with social understanding. However, it is worth emphasising the significance of this event: despite the isolated works dealing with the living situation of the artist in Poland, it was the first collective coming-out of the artist-precariat, as well as a clear break of the paradigm of the artist detached from society.

The Workers of the Artworld Unite exhibition, being in a way a continuation of the strike assumptions, aims at gaining such a social understanding through various artistic forms, as well as education, lectures and discussions. It is accompanied by a popularising publication (with texts by, among others, Jarosław Urbański, Agnieszka Kilian, Kuba Szreder, Mikołaj Iwański, Karol Sienkiewicz and a conversation between Agata Cukierska and Katarzyna Górna) outlining the issue.

The exhibition will not end in Kronika, and after the finissage it will migrate to other centres in Poland (including Galeria Szara in Cieszyn or Zemsta in Poznań), wherever there is a need for such an exhibition and discussion, no matter whether it is a provincial cultural centre or a contemporary art centre in a large city. That is why it is to be easy to transport and operate, so as not to generate additional costs. The idea of the exhibition assumes that in subsequent editions further works will be created to complement and develop the exhibition's themes.

The exhibition is accompanied by lectures and workshops - up-to-date information is available on the Kronika website and Facebook.

The exhibition has been funded by the Ministry of Culture and National Heritage.

back to: Exhibitions / 2013
Szymon Kobylarz. Art for Art's Sake
Grzegorz Klaman. Black Dawn
see also: Workers of the Artworld Unite in the Archive