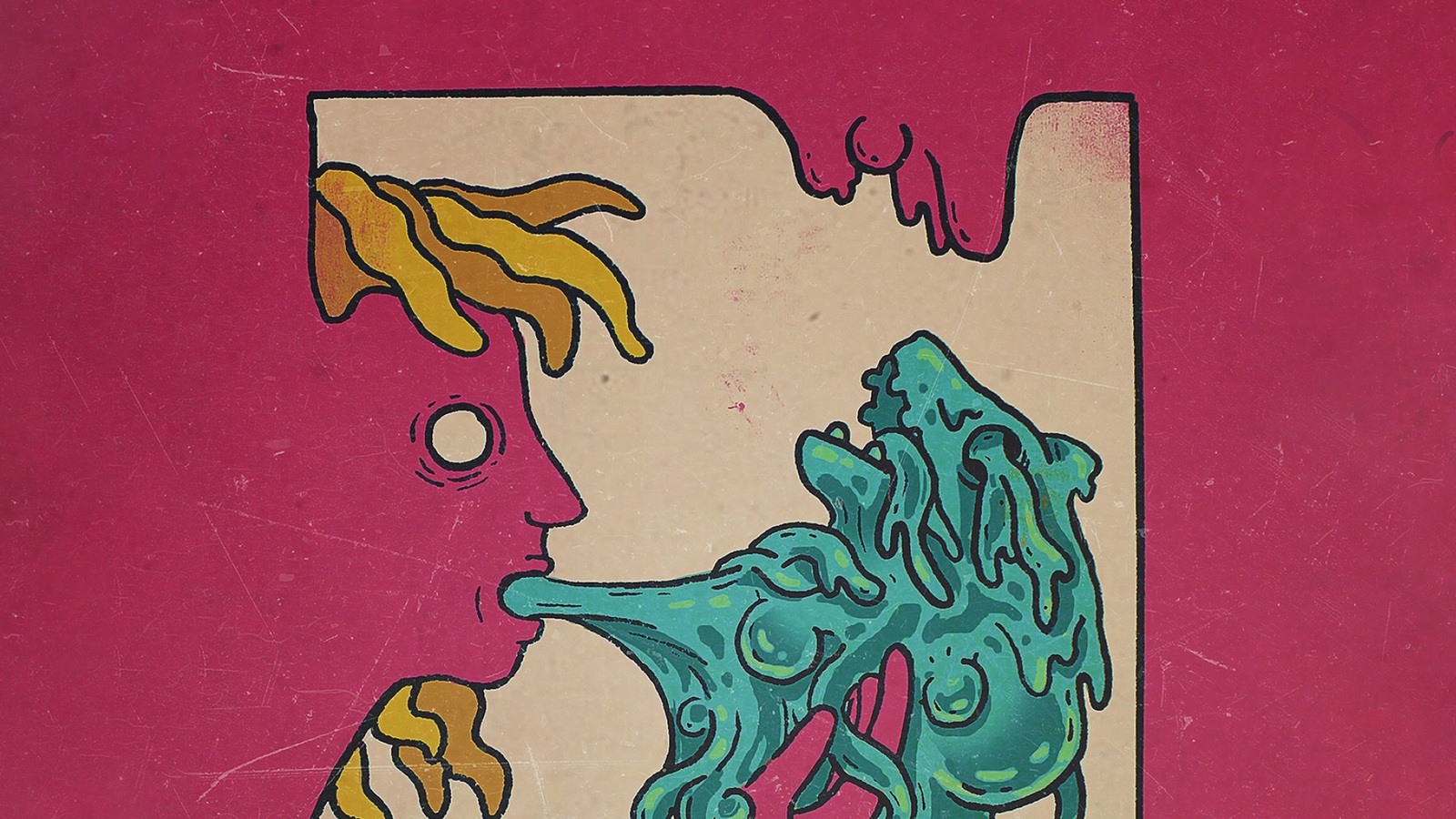 Wiktor Stribog. Dreams About Being Eaten Away

Agatha gets to the Mushroom Land through the hollowed apple. She meets a squirrel Maggie there, who can be everywhere, even in Agatha’s nose, and encourages her to find a mushroom light in herself. From their shared adventures we learn how to make out of paper, how to properly the phone, and how your child.

The Mushroom Land TV was set as an anonymous YouTube channel in 2013. The project started to be popular due to its mystery atmosphere, referrals to the TV formats from the turn of the1980s and the 1990s, and the soundtrack. The episodes of the Smile Guide left the viewers dumbfounded, dragging them into the psychedelic stream of consciousness. There were many interpretations, the most interesting saw it as a forecast of a nuclear conflict. Happily, a nuclear war didn’t break out, and the mystery of Mushroom Land TV was revealed by the author four years after the premiere of the first episode. The project functions on many planes, on account of its interdisciplinary nature and universal irrationalism. It is an internet phenomenon and at the same time an intriguing short film, video art and content marketing.

The Dreams about being eaten away exhibition puts together Mushroom Land TV project and later productions, where the author comes back to exploring an absurd and retro style. Berkelesz, Gęgaloma and Animals, except with human legs lead the logic down the blind alley, as if it was Zbigniew the dog. Oblique statements, neologisms and black humour play with the aesthetics of the old advertisements and comics. The visual pleasure goes together with the psychological torment, where one can get lost and maybe never come back from their walk. The imagined worlds of Stribog welcome the guests with a friendly billboard and an authenticity of the lofi quality. Food poisoning happens very rarely here, but as we already know, moss can’t tell.

Wiktor Stribog (1988) - culture expert, a creator of the text, music and visual content, an author of The Mushroom Land TV, a human person.

back to: Exhibitions / 2018
The moon is for adults only
HateFree?
see also: Wiktor Stribog. Dreams About Being Eaten Away in the Archive