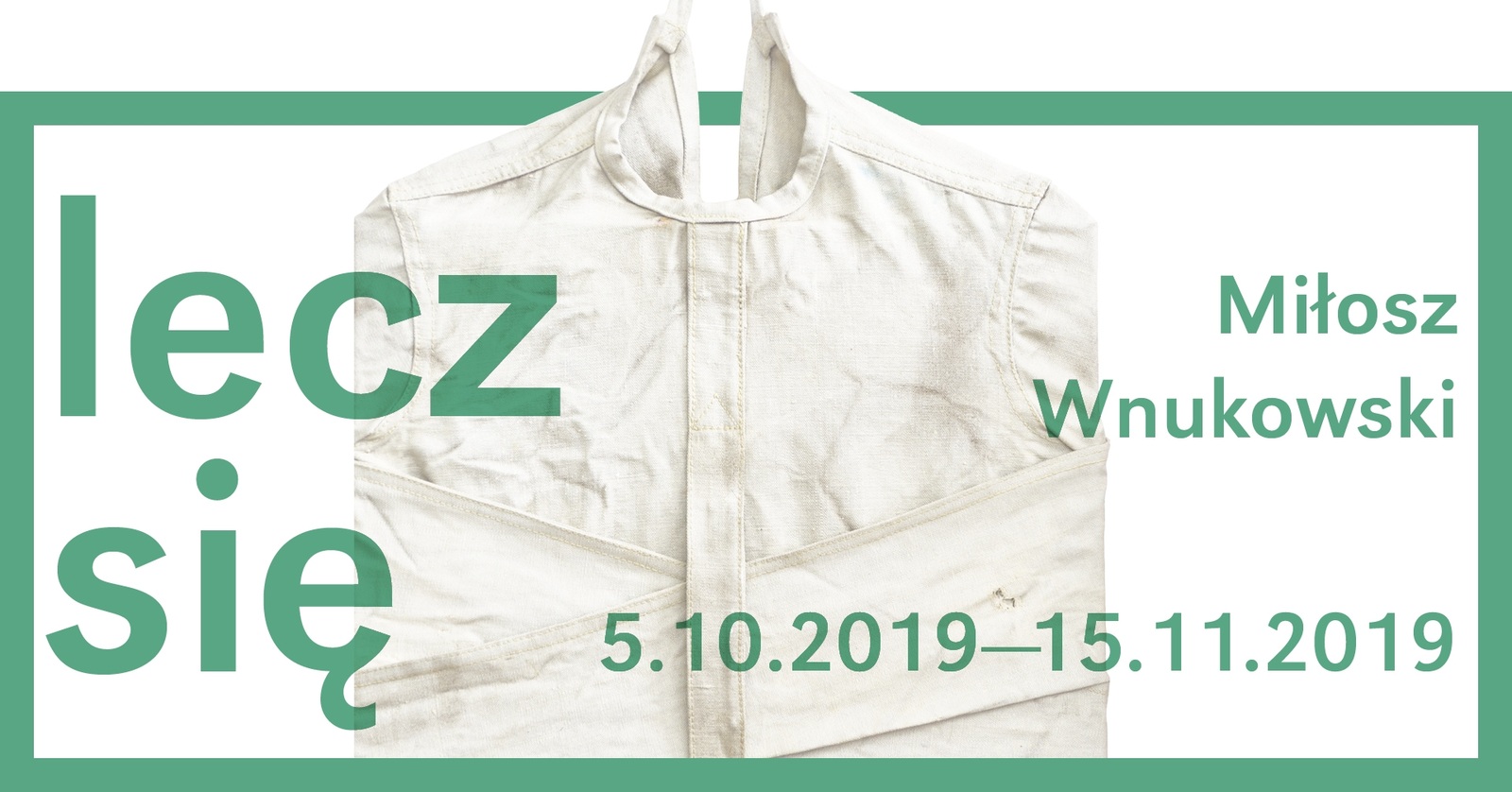 Crisis. The state of breakdown which disturbs the equilibrium. Also a moment of breakthrough, a decisive turning point. From the medical perspective it is a culmination phase, a climax, followed by a resolution: recovery or death.

The very crisis is heralded by certain critical events, initial signals, usually unpredictable, resulting in uncertainty, helplessness and stagnation and putting an end to the possibility of development. The physical and psychological condition of the artist, who senses the arrival of the crisis, affects the quality of the artwork. The disease of the author often results in the creation of works which are also in poor condition. Studios are full of weak, frail, anaemic artworks, prone to infections.

But what if they could be cured? These products, these cancerous creations?

Miłosz Wnukowski anthropomorphizes his works and the process of their creation occurring in the context of artistic crisis: “I decided to conduct the comprehensive examination of the creative act with the use of medical methods. Therefore, in my cycle the paint is the skin tissue. The canvas is a body stretched over the skeleton of the frame. During the initial diagnosis the common context area of art and medicine kept growing, and the results collected through the diagnostic examination provided a detailed description of my artistic pathological condition. Eventually I took the decision to conduct a self-vivisection on the previously created pictures”.

Such activities go far beyond experimenting on canvasses or looms – they result in the creation of a clinic with specialist wards, a gigantic installation resembling hospital rooms. In the maternity ward, accompanied by pain and screams, new works are created, preceded by their conceptions and anti-conceptions. The emergency ward admits urgent cases, some of them require resuscitation, some end up in black corpse bags. There is also an X-ray room and a laboratory. The dermatology ward treats eczemas, rash, blisters, spots and ulcers. Putting a stop to the ongoing degradation takes radical measures – often involving chemicals, aggressive bleaches. Along with the body, also the soul requires treatment ­– the psychiatric ward analyses the therapeutic and destructive qualities of art.

While applying his quasi-medical approach, Wnukowski places the body, the most symbolic construct in culture, in the centre of the exhibition. At the same time, he starts a dialogue with the history of art: the formal procedures such as identifying body fluids with painting matter, hyper-realistic recreation of human skin, afflicted by disease or damaged as well as the destruction of the medium allude to the tradition of painting, resembling sometimes the actions of the famous conceptualists.

Such procedures lead to the reflection on temporality and the vulnerability to injuries and illnesses, which is not however a direct intention of the artist. The formal experiments and meta-painting practice take us to the basic question of the condition of art, the current state of creativity, often asked in a tongue-in-cheek manner: “The empowering of the picture did not come down to the creation of sophisticated forms and compositions. I did not want to make a victorious story of stagnation and impasse. I was more interested in objectivism and situational banality, which could again serve to cure hopelessness”.

Miłosz Wnukowski (1986) – painter, author of objects, installations and films. In 2005, he started his studies at the Faculty of Painting of the Academy of Fine Arts in Katowice. He defended his diploma work in painting in 2010. Currently he works at his Academy as assistant lecturer at the Chair of Painting. So far he has organised five individual exhibitions and participated in numerous collective shows. In 2009, he received a scholarship from the Elizabeth Greenshields Foundation in Canada. In the same year, he was the main laureate of Hestia Artistic Journey and received the scholarship of the Ministry of scholarship of the Minister of Culture and National Heritage. In 2015 he was granted a scholarship by the President of the Town of Sosnowiec in the field of culture.

back to: Exhibitions / 2019
The Navel of the World
Sex, suicide, socialism, spirit and stereotypes
see also: Miłosz Wnukowski. Get treated in the Archive