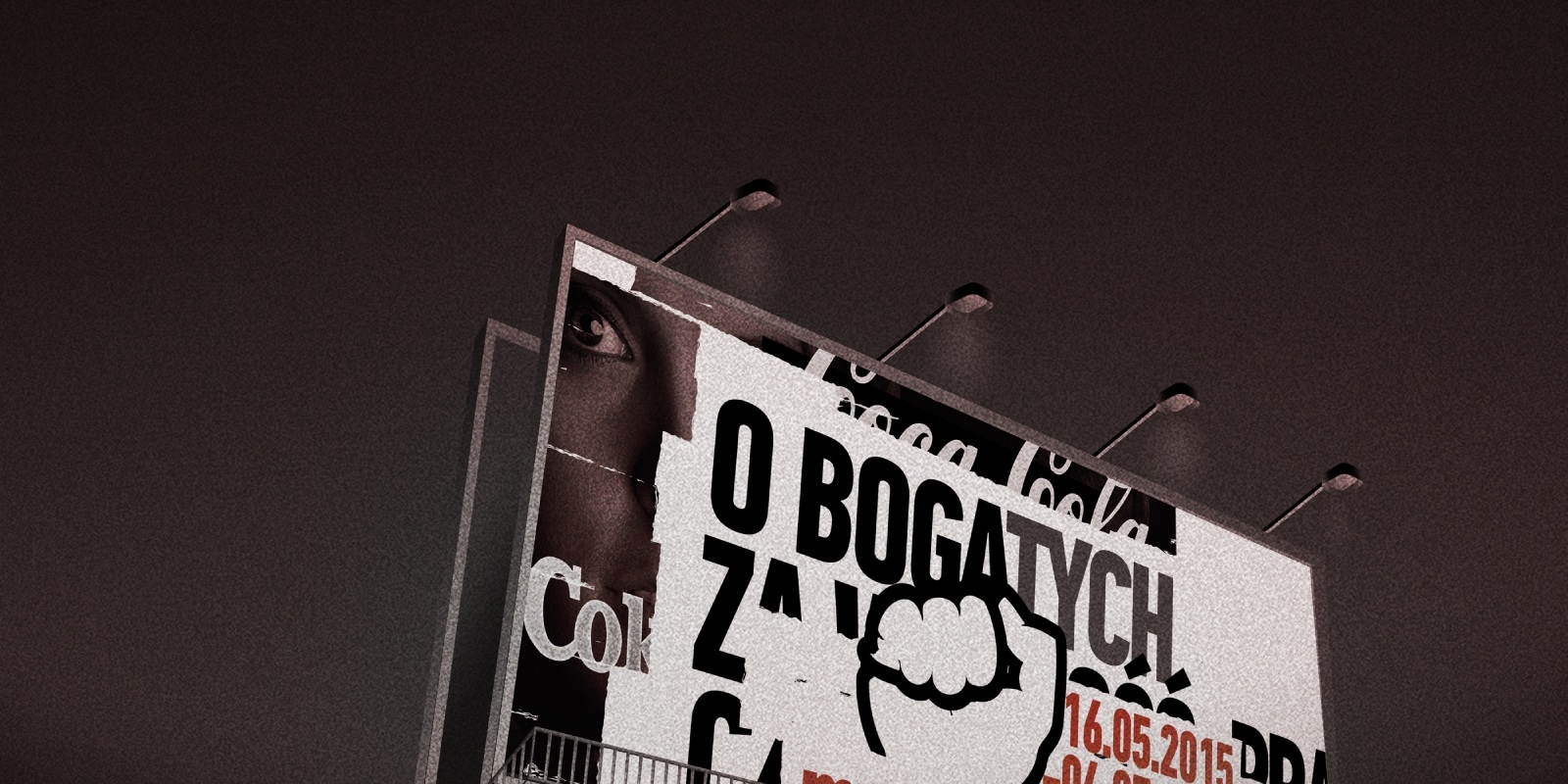 ManuFAktura. About the Rich

“Languages, symbols and  communication in cognitive capitalism”, as Rudi Maier had written, “become the most important tissue of the organism called society. It applies especially to various types of media representations and is used by activists. They practice “identity theft”, or alternatively “image correction” or “image tarnishing”. Trade mark, as well as logo, is considered as unusually crucial in neoliberalism. They constitute a sensitive issue for large international corporations, as well as for modern cities that employ branding techniques and create visual identification similarly to corporations (e.g. “POZnań know how", “Katowice dla odmiany“, and so on). This is accompanied by harsh social policy, as well as housing policies, based on a functioning logic of so-called HR management company.

Campaigns that directly use “correction” or “image tarnishing” do not require considerable amount of money and they can generate surprising results. ManuFaktura, by means of subversive technique of cultural provocation, which according to Naomi Klein, equals to “an open disagreement to the fact that marketing buys out our public spaces, takes away our rights to own opinions, and becomes an information monopolist”, generates discussions on problems of excluded, marginalized and exploited social groups that are unable to mark their own presence in the public debate space, or function within the framework and roles set or imposed by official political power. In 2010 much controversy was created by ManuFaktura’s poster Bieda marsz do kontenera (Eng. Poverty, go to the container) referring to “containers ghetto” being built in Poznań (residential issues), which in turn relates to the famous gate in Auschwitz I. In 2011 similar emotions were triggered by inscription on Pomnik Ofiar Czerwca 1956 (Eng. Monument to June 1956 Victims), which inspired the name of our exhibition.

During the exhibition teenagers can take part in workshops with Oskar Kasperski, who runs children’s lithography studio in Od:zysk squat in Poznań.


Co-organizer of the exhibition: Katowice - City of Gardens cultural institution. Project executed with the support of The Ministry of Culture and National Heritage.

back to: Exhibitions / 2015
Marek Wasilewski. Stones
Crackles
see also: Manufaktura. About the Rich in the Archive