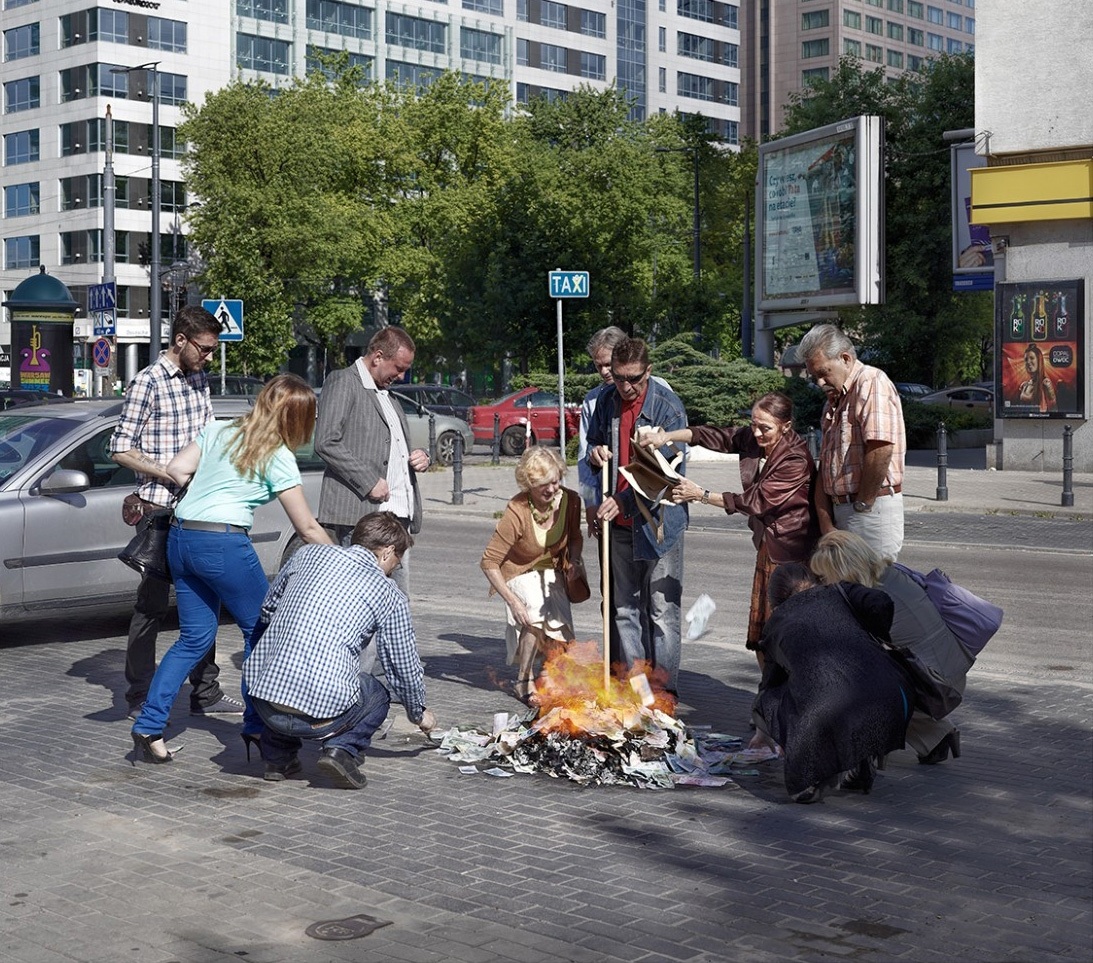 Je brûle Paris! (I am burning Paris!) is an exhibition – visual essay – combined of works by artists, documentations and objects.

Je brûle Paris! (I am burning Paris!) is an exhibition – visual essay – combined of works by artists, documentations and objects.
The title alludes to an apocalyptic novel (1928) by Bruno Jasieński: a Polish futurist, who was deported from France after its publication and obtained refuge in the USSR. In the novel, a young unemployed Frenchman performs an act of revenge on the capital of France for his exclusions. Having broken by night into a laboratory and stolen black death bacteria, he uses them to infect municipal waterworks. The first victims of the epidemic are brought to hospitals on 14 July, the national holiday. The isolated city falls into individual national republics, waging war one on another, slowly sentences themselves to oblivion.
The show refers to the policy of fear as applied today. We are living in a time of surplus, also overabundance of uncertainty. In the recent decades a whole range of imminent versions of the end have been invented, which Umberto Eco calls the ‘lay obsession with a new apocalypse’. The works at the exhibition enter mutual relations, or may build parallel narratives and arrange into a panorama of contemporary fears, among others of the phantasm of the Other in a society, the impact of the incredible population growth that history proves always to have been a harbinger to approaching adjustment in the number of humans, information war, the ghost of radical Islamisation, Ebola epidemic and death, the end of capitalism, and a deficit of images of alternative visions of the future.

The exhibition is organised within the Place called Space programme: www.placecalledspace.org Join us on Facebook!

Project co-financed by the European Regional Development Fund under the Małopolska Regional Operational Programme for 2007-2013.

back to: Exhibitions / 2015
Crackles
Magdalena Starska. Everything Keeps Vigil