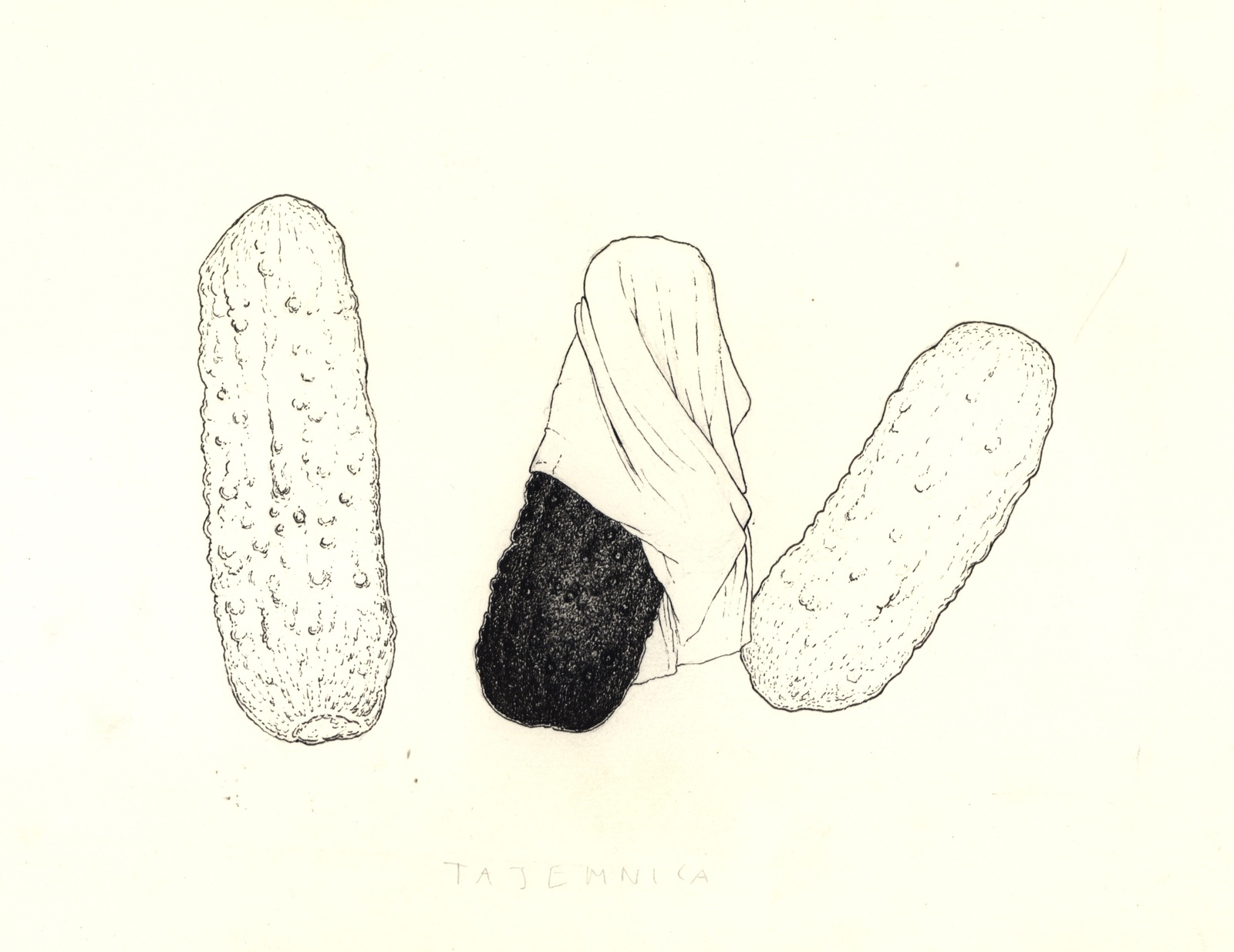 Medium employed by the artist is considered as a thing of the past by some people, what indicates their infatuation with trends. Medium, in the end, is just a medium. More important here is the way it is used and Bartosz Zaskórski has mastered that to perfection. Moreover, with the use of that medium, he compulsively conjures up worlds where his stroke works perfectly well: psychedelic situations, non-existent organic forms, invented by him and presented in Atlas anatomiczny nieistniejących organów (Anatomical Atlas of Non-Existent Organs), or in a dream book Sen (Dream) that includes texts, dreams and images, which can be described as discontinued, fragmentary and chaotic.

Exhibition will also include the latest project by this artist: video on non-existing villages – lands isolated from the outside world, explored by invisible researcher who does not interact with object of his exploration where its reality is established by inhabitants’ fixation.

Inclination towards fabrication does not result from fatigue with reality, nor does it constitute an attempt at running away from it. Escapism is a suspicious tactic. Fabrication however is a tool we use to interpret the world around us, retelling it to ourselves from the beginning. We may think that perception of reality lies in the creation of its simplified models which are imperfect and never encompass diversity of its entirety.
Why not start cheating? With deliberate transformation of facts and our perception of them for our own purposes (the very encounter with the world – this initial interpretation process of received signals – already constitutes “transformation for our own purposes” without a question, it happens however without the participation of our will). Since we can access only our own truths, interpretations filtered with our perception, why not treat them as a medium?

We can compare this process to map drafting – map never corresponds completely to the place it describes (there is a sentence by Korzybski that is popular among homegrown adherents of occultism, quantum physics lovers and other suspicious types, that says: “the map is not the territory”). What will happen if we move a footpath by a few centimeters? Will we do it to lead someone to places that are, in our opinion, more interesting? Will we do it to pull a practical joke on someone? Or are we just trying to cheat or lead somebody astray? Are we by any chance cannibals trying to trap our friends? We can work differently, like a medieval cartographer – and embellish our map with images of amazing creatures and add something we are not able to see (our representations will of course not discover anything new – they will be based on the earlier state of our knowledge).
We fabricate once again, this time, however, we may hope that our aim is to enchant the world that has been disenchanted long time ago.

We may try to draw a map of the same size as given territory, which will represent it in every detail, as the one drawn by Cartographers Guilds in On Exactitude in Science story by Borges. It is going to be extremely boring task though, and we shall not forget what fate befell the map from the author’s work.

Bartosz Zaskórski - born on 31.12. 1987. He is mainly interested in moldering remainders of electric installations. His other activities include: drawings, music, filmmaking and writing. He also records strange radio dramas. As a graphic artist he has cooperated with Silesian Theatre, quarterly music magazine “M/I”, quarterly magazine “Opcje”, as well as with following labels: Nasiono Records, BDTA, Chaosynod and various bands with bizarre names. He performs as “Mchy i Porosty”. He studies at The Academy of Fine Arts in Katowice.

Opening at Kronika: 28 February (Saturday) at 7 p.m.
RSS B0YS will perform during the opening night.

back to: Exhibitions / 2015
The Wall. Art Face To Face With Borders, Careof DOCVA in Milan
Mikołaj Małek. Works
see also: Bartosz Zaskórski. Fabrication in the Archive