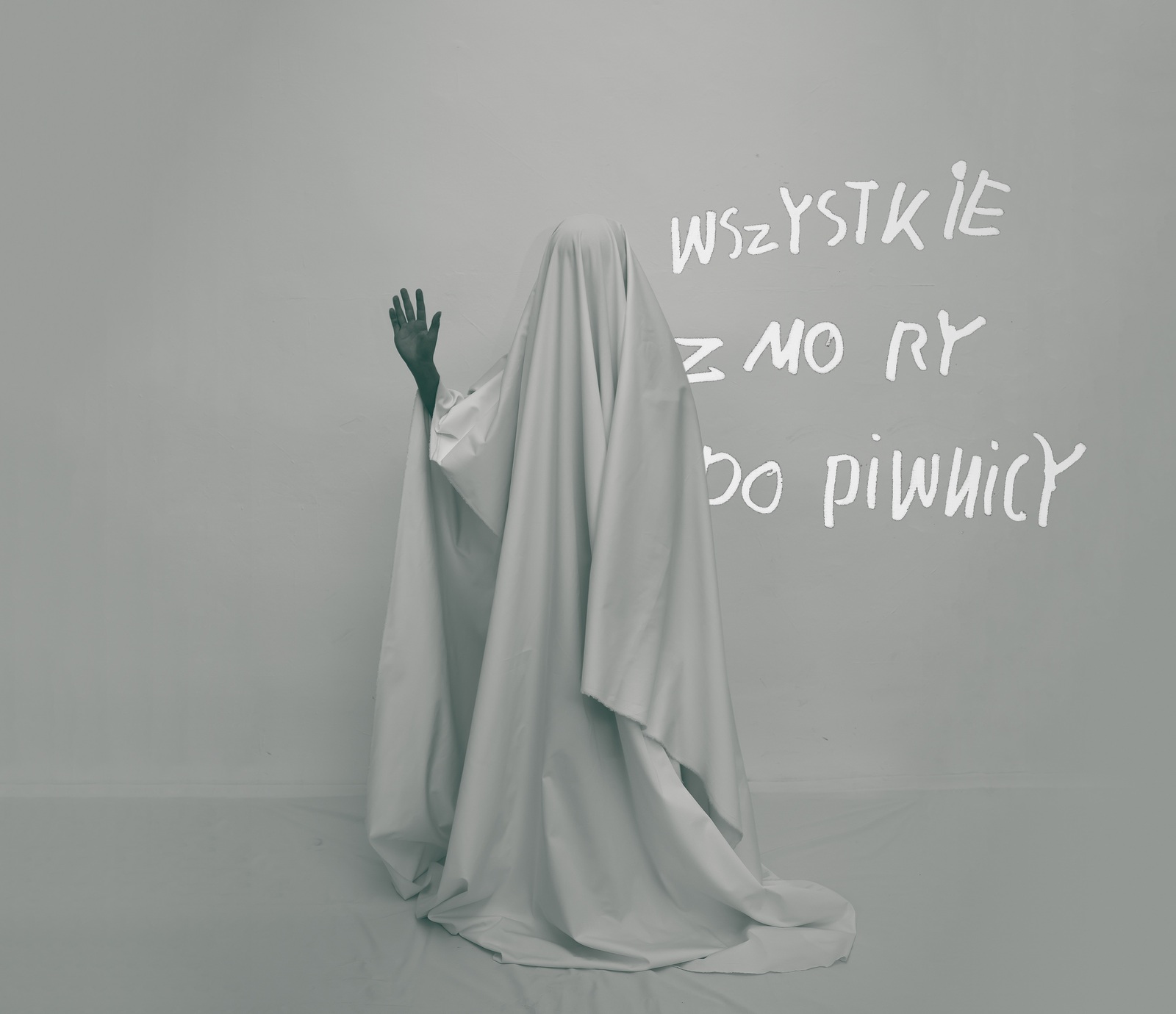 All Bogeys to the Basement

“and always some excess is added in the execution of superfluous details, for instance in the pigmentation of butterflies' wings, and some incongruous elements, like a war in Kashmir, and I always have the impression that there's something still missing which is just about to arrive (...) and then the picture will be complete”

All Bogeys to the Basement culminates a sequence of discussions and workshops held by visual artists at the Kronika Gallery. In collaboration with children, they created the works presented in the exhibition set in a residential space of a tenement house: four rooms with a studio. The space, which forms part of a cultural institution, becomes a metaphorical summer holiday house for young audiences, furnished with audiovisual works and objects with symbolic meanings.

The title of the exhibition reflects the willingness to isolate the components of the domestic space that fuel fear and affect the participants in a negative way. Another goal is to preserve and abstractly enhance the elements that have a positive impact on the individual. Discussions held prior to the workshops revolved around individual needs and dreams concerning the practical and metaphorical dimension of the space that surrounds children on a daily basis. They also concentrated on the potential of creating positive poetic objects of domestic use that would overcome the deficiencies in care and the surrounding environment, augment the indispensable relations and raise the levels of self-acceptance and empathy.

Domestic space is the first immediate environment that children encounter in their lives. The character of this space and the quality of the surroundings shape the world of childhood. Children see differently from adults and perceive their houses as vast and boundless territories. The apartment is a huge IT, which speaks to us through objects. At daytime, all furnishings are familiar and obvious, but when the night falls, wardrobes begin to brim with monsters and items of furniture become akin to dragons and witches. A children's map of safe places embraces the most familiar areas, and since children betray a magical approach to the world, they attach special power to everything that is unknown, mysterious and new. As adults, we find it difficult to believe that a gloomy castle from our childhood memories was nothing but a tool shed. The world looks differently in the eyes of a person who only just begins to discover it. The greatest challenge is to experience, explore and touch everything. The material properties of objects influence children's behaviour and psyche. Also in adult life, the sense of touch enhances our relations both with the surroundings and with other people.
One of the most important elements of the world of children's fun and games is the so-called “as if” situation, in which the field of vision is detached from the field of meaning: activity begins to originate from thought; it is not defined by any specific object and its function. A mere ordinary stick can become a sword, an evil monster or a fairy-tale prince. In their explorations of the furnishings of their houses, children often transfer meaning from one real object to another. Lev Vygotsky proposed to define such behaviour in psychology as a movement in the field of meaning. The child needs something that can serve as the support for a transferred meaning. In a similar way, the child detaches the activity itself from its meaning and transfers the meaning to a different activity. Artistic work that consists in creating unreal, often impractical and surreal objects from the realm of children's dreams and their nostalgic memories of home resonates perfectly with the therapeutical function of artistic practice. Therefore, a question arises: can individuation of domestic space compensate for the deficits stemming from from negative experiences?
As opposed to the majority of adults, children are not able to verbalise the entire range of their thoughts and emotions. This also applies to fear: the sense of threat is situated inside, dangers are hidden and subjective. Fear originates from the psyche. We can attempt to battle negative emotions by exploring and domesticating reality. Sometimes it is enough to switch on the light in a dark room.

back to: Exhibitions / 2016
Daniil Galki. Dream Paralysis
The Fact of not Happening Remains
see also: All Bogeys to the Basement in the Archive