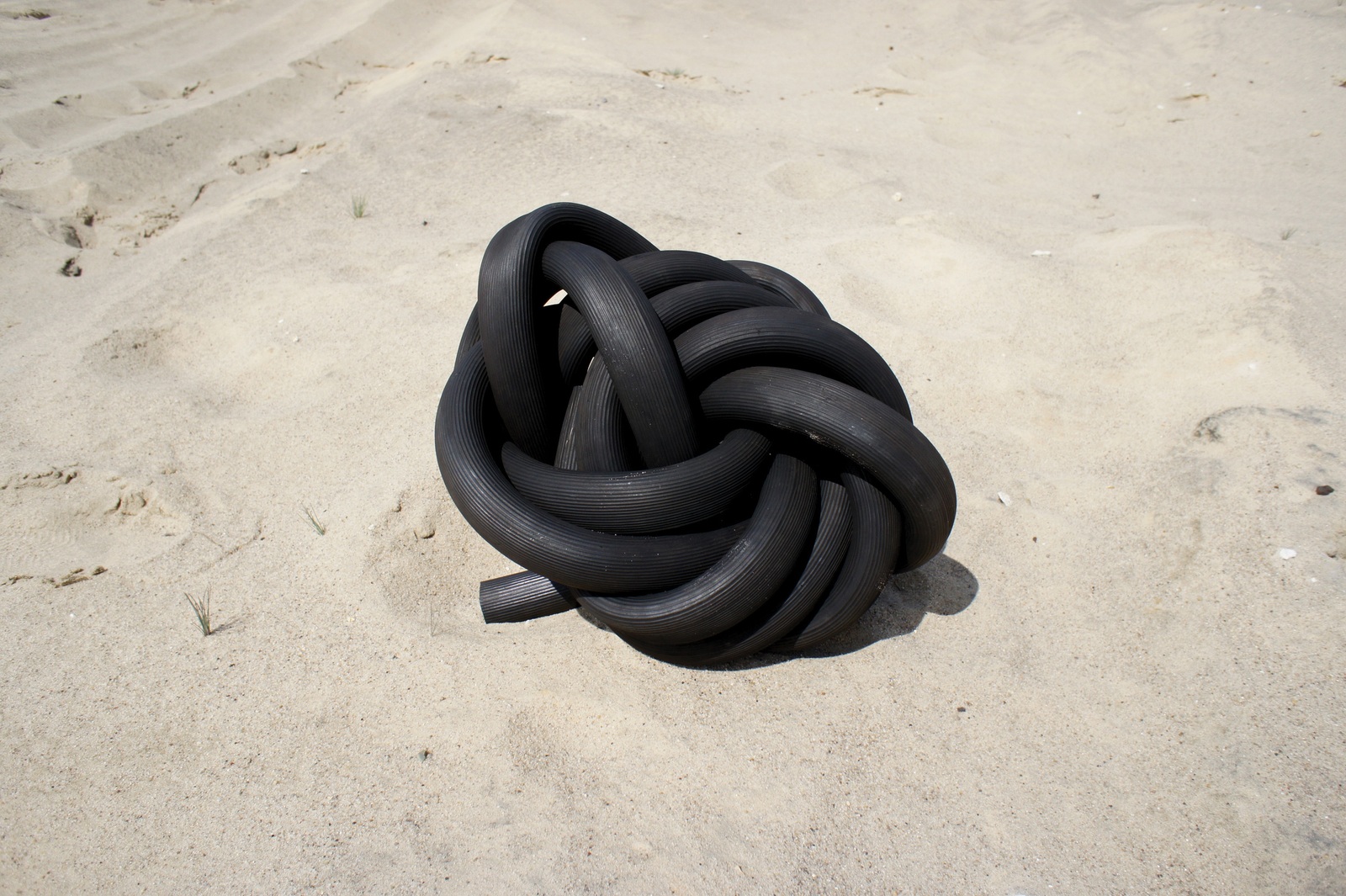 Agata Biskup. As Far as Sight Can Reach

Agata Biskup's exhibition As Far as the Sight Can Reach is a film frame, a background for the first scenes that will be shot for Przemek Czepurko’s non-existent film, Methylenblau. The show has been created with this film material in mind and works for its purposes.

The script of Methylenblau betrays kinship with the genre of science fiction. The film is set in the 1990s and tells the story of three friends who pursue a mysterious undertaking of building a MACHINE that generates the experience of pure epiphany, a state detached from the structures created by the human mind. Experiencing the effects of the Machine would open up a perspective in which the impact of art in its current form is reduced. Artefacts – works of art, carriers of idea, information, content would no longer be necessary. The focus would shift to the experience itself.

The script portrays the use of technology in constructing the MACHINE – an artefact that is not a work of art in itself, but betrays all characteristics of a total work. At the same time, when the dream comes true, it turns into a nightmare: a phenomenon in which an unimaginable impact is unleashed, casting doubt on the entire system and circulation of art.

SCENE 14. INTERIOR. DAYTIME
House. Bathroom
Lee.
Lee is taking a bath, playing with his thumb, arranging toilet accessories (shaver, toothbrush, toothpaste, etc.) according to an established scheme. He reclines into the bathtub.

Voice over
We did not collapse because of a moral error, we collapsed because of the intellectual error of taking the world of phenomena as the real one. And therefore we are morally pure. It is only the Empire, in an array of its masked polyforms, that wants to convince us we had sinned. “The Empire did not collapse at all.”

The components of the exhibition are objects that form a set, a dispersed collection of signs and symptoms. The common spiritual condition characterising the loss of charm and qualities that results from an attempt to record something. The size of the set is unknown. It comprises many that do not know about each other’s existence. These things, these objects are partly found, partly reconstructed; some of them are models, such as the Dancing Couple. Dancing around the table. Or rather around the armchair. Their movements slow. Clumsy. In a gesture of impossible victory, they joined their fingers in an embrace to raise a single fist to the level of the face.
Przemek Czepurko

Agata Biskup (b. 1982) – visual artist. Graduate of the Faculty of Painting of the Academy of Fine Arts in Cracow. Her activities are founded on artistic approaches that go beyond the field of art. Biskup taps into a variety of media that help reflect the non-linear character of the narrative, a phenomenon of special interest to the artist.
One of her recently initiated projects is the artist-run space David Robertson (alongside Przemek Czepurko), devoted to the analysis of authorship and position in the art world, especially in the context of representation through language.
Agata Biskup has participated in a broad range of art projects, such as Behind Togetherness (nGbK, Berlin and Galeria HIT / transit.sk, Bratislava, 2014), Jeff Koons' Gloves (CCA Kronika, Bytom, 2012), Hell of Things (CCA Kronika, Bytom, 2009), Painting. Without Frames (BWA Wrocław 2009).
Co-creator of the film Muzykanci II, presented at the 13th T-Mobile NEW HORIZONS International Film Festival (Wrocław 2013). Author of the book Xanadu (Cracow, 2010).

back to: Exhibitions / 2016
Yan Tomaszewski. Message from Charlotte
Dorota Hadrian. Renaissance
see also: Agata Biskup. As far as the sight can reach in the Archive