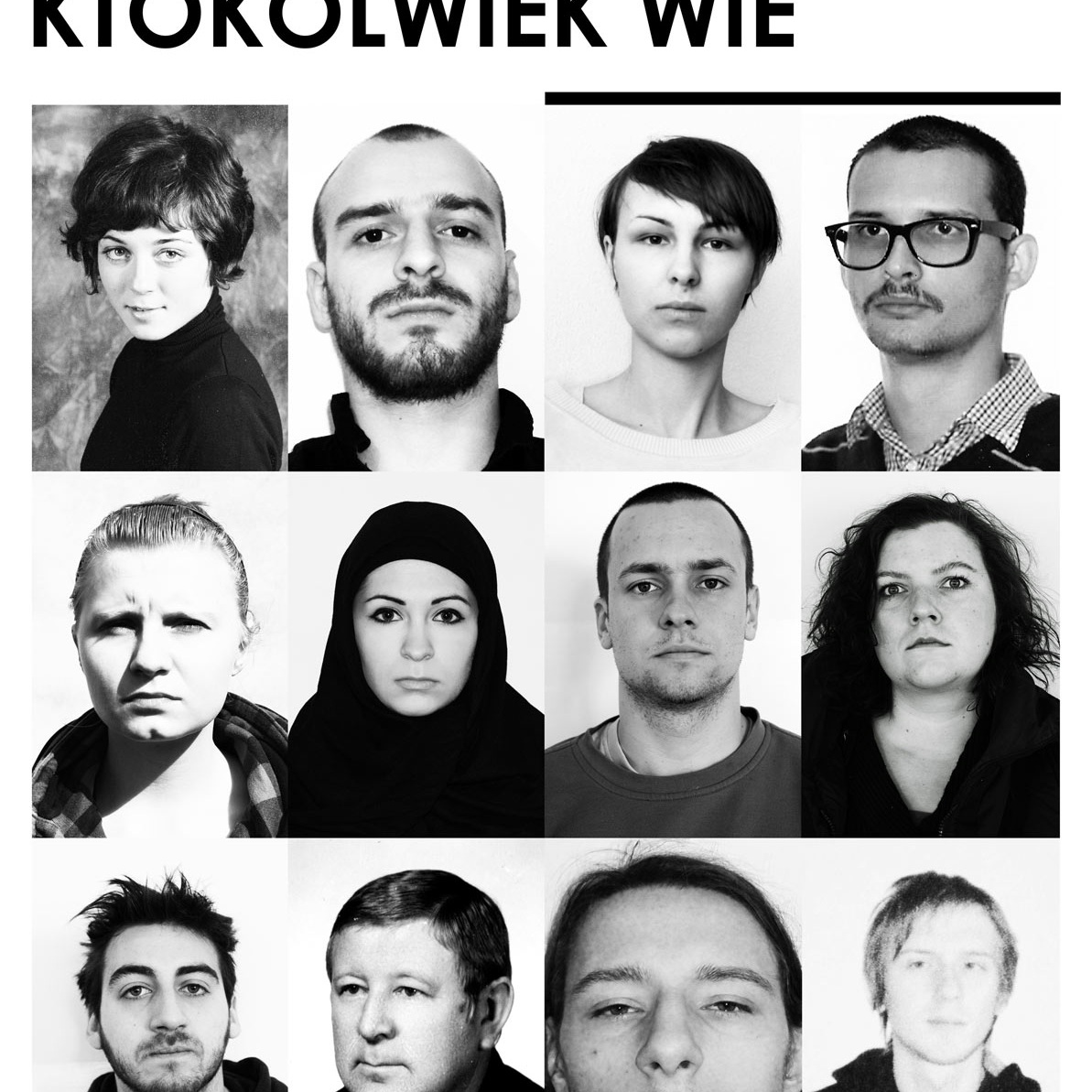 Whoever saw, whoever knows

The idea for an exhibition with this title came to me in the capital of historical Kurland, Kuldiga. Coming back from holiday, we were stuck in this Latvian town for a few days. It was raining, wet and dull. Walking aimlessly through the streets we came across an old house. You could see that a large piece of plaster had fallen off its wall a few days before. A placard emerged from under the plaster with the largest letters written on it:

This old occupational print reminded me at first of an appointment letter. Maybe because a moment earlier we had passed a police station building on a wall of which hung a board with portraits of missing and wanted persons.

Then I remembered what Łukasz Jastrubczak had found - a piece of paper with a handwritten inscription, faded by rain and sun:

DADDY COME BACK
HOME, TO CHOJNOW, TO
WIFE AND CHILDREN WHO
LOVE YOU MARIAN COME BACK

The photograph of this card is an introduction and invitation to the exhibition. The exhibition features young artists, the vast majority of them debutants, about whom you can still ask today: Has anyone seen them? Does anyone know about them?

I proposed to them the slogan Whoever saw, whoever knows, as a starting point for their own investigative search. The surprising results of their search can be seen at the exhibition. Bartek Buczek, Natalia Bażowska and Dominik Ritszel (independently of each other) went on a search in the forest, where they found, among others, a mutant snowman and various, disturbing para-biological objects: bones, hunting trophies. One trophy is clearly tired, becoming an anti-trophy.

Bartek Skrzyczek travelled to the British Isles, resulting in a film about the search for a symbolic, lost seagull. The seagull becomes a pretext and justification for wandering around in search of something - namely a seagull. Interestingly, the seagull is found after the return, in the Upper Silesian Museum in Bytom, and the author places it in the initial sequence of the film. The film by Iwona Olbrecht and Ola Lampart shows the effects of the search for sounds lost in Silesia.

Szymon Szewczyk has done a good, Benedictine, investigative job, and has written down the full verbal message, encoded in one of the underground passages. He also shows three other works about three great mystificationists. Maciej Nawrot, the best young painter in the area, shows, with the usual sensitivity of an astute observer, seasonal winter doom. Thanks to Anna Grabińska, Barbara Blida appears at the exhibition. There is a common witness to the dramatic events in the biographies of Barbara Blida and Anna Grabińska.

Zuzanna Marczyńska and Dominik Ritszel decided to become seekers instead of seekers themselves. In order to understand how a person alien to our culture feels in our reality, Zuzanna wore a dress of an orthodox Muslim woman for a week. At the exhibition, we can see a record of the reactions of her surroundings and a record of her consciousness changed by this experience.

Dominik impersonates a man who hides in the forest for unexplained reasons. He is determined, ready to repel any attack. And we don't know whether to root for him or for those who hunt him.

back to: Exhibitions / 2011
Andrzej Tobis. A-Z (Educational Showcases)
Paweł Kulczyński. Earlids 2
see also: Whoever saw, whoever knows in the Archive