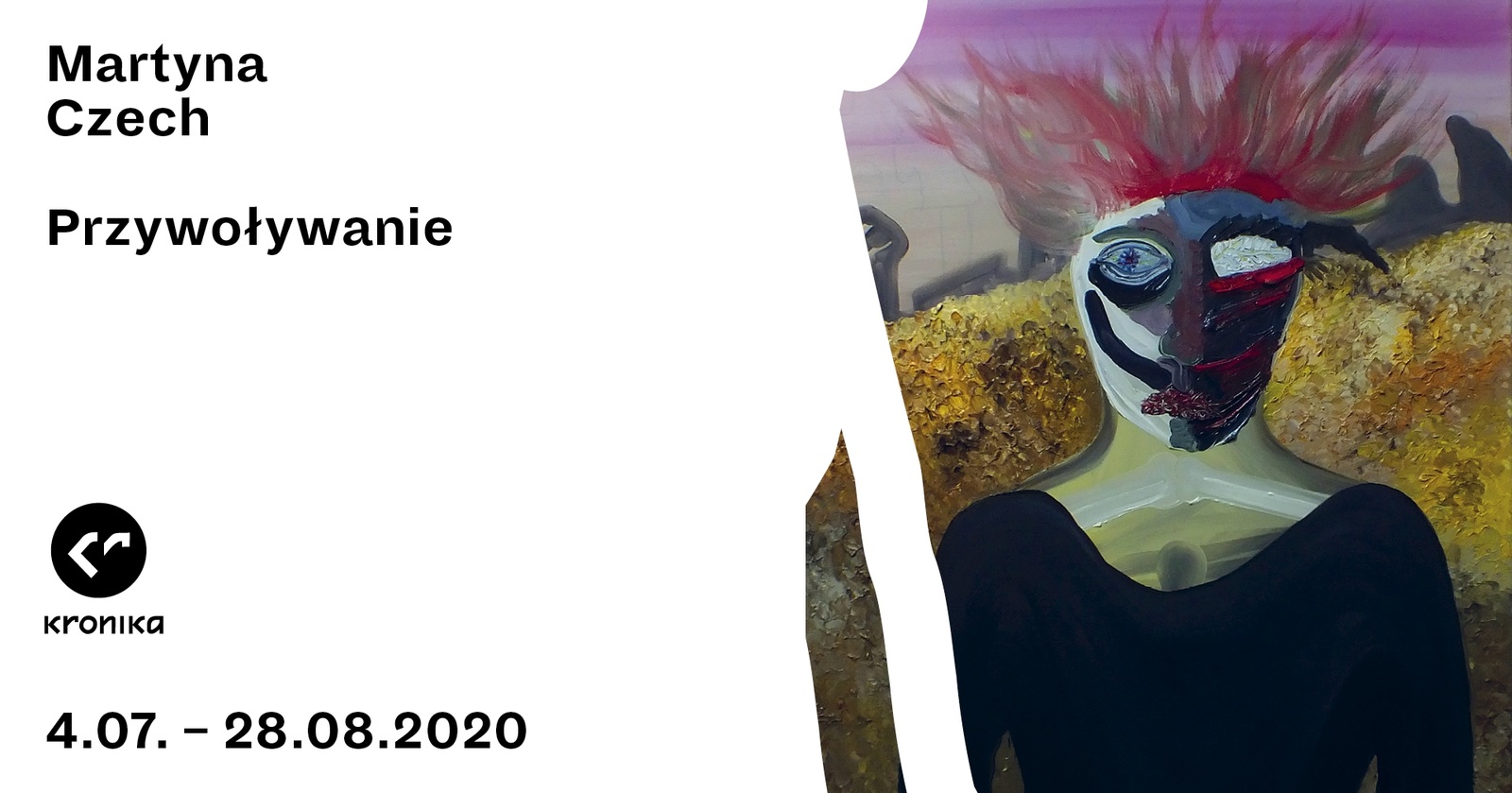 In one of East-Asian stories the Emperor, dressed like a poor and starving old man, asks different animals for help. Among the creatures there was a rabbit, which – knowing that grass would not satisfy man’s hunger – decided to jump into fire to offer its body as food.

For this moving act of sacrifice the Emperor saves it from self-immolation, rewards it with immortality, and sends it to the moon as an example to all humanity. This symbolic association between the rabbit and virtue, the vulnerability of the species coupled with the horrific situation are reflected in Martyna Czech’s works, where the care for the rabbit’s fate constitutes the artist’s opus magnum. Her painting studio is also a sanctuary for lagomorphs saved from death and the creatures occupy a special position in her paintings.

This animal element in Martyna Czech’s images is also an act of contesting anthropocentrism – people tend to be presented as beasts, degraded by their physiology and desire, punished by the fauna – an emanation of universal morality. This dehumanisation of people reveals the artist’s distaste with the human species, its repulsiveness and formlessness. This aversion finds its continuation in abjects made from zoonotic material. By summoning death and the mystical totem of the rabbit, made from accumulated matter (bone glue), Czech announces the fate of the entire group. Humanity, being its own greatest enemy, does not deserve respect but madness and loss of the human form. The secret curse is performed by reversing the order – the symbolic fouling of the entrance to one of the exhibition rooms. With the aesthetics of disgust, the artist directs our attention to the finiteness of the subjects, their inevitable disintegration and psychological hopelessness.

Martyna Czech (born 1990 in Tarnów),a painter, she graduated from the Faculty of Art at the Academy of Fine Arts in Katowice, the main diploma with distinction completed at the Studio of Painting run by ASP professor, dr hab. Andrzej Tobis (2017). The Grand Prix Laureate of the 42 Painting Biennial “Bielska Jesień 2015” at the BWA Bielska Gallery in Bielsko-Biała, the winner of the main prize in Polish Radio 3 competition “Talenty Trójki” (2017) in the category of visual arts, nominated to the Polityka's Passport Award 2019 in the same category. Author of individual exhibitions: “Nic nas nie łączy/Nothing connects us”, BWA Warsaw (2019); “Jad 2/Venom 2”, BWA Gallery Tarnów (2018); “Jad/Venom” the BWA Bielska Gallery (2017); “Pewne konflikty/Certain conflicts”, the Potencja Gallery in Cracow (2016). She participated in many collective exhibitions.
https://martynaczech.com