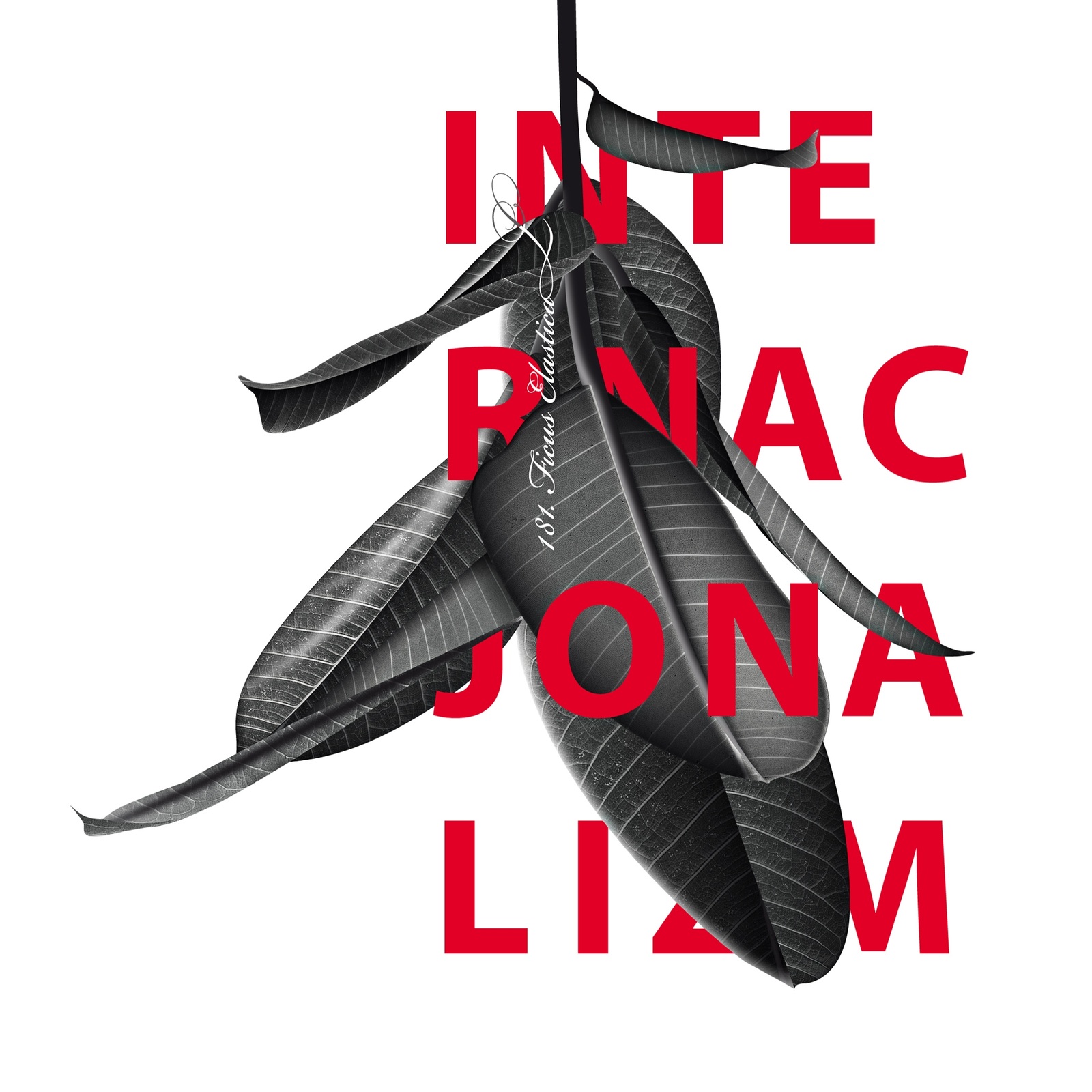 Małgorzata Szandała. Internationalism: A Note on the Landscape With a Potted Fig Tree and a Spielplatz

1. „to advocate equal rights, friendship and cooperation among all nations”
2. „a loanword that appears in several languages with the same meaning”

Katja tells the family story from 2nd WW, which she heard once from her father. Why does she write about the potted fig tree? Because the fig tree saved her father’s life. It is 1941 and everyone escapes Kiev, the families are being evacuated with their belongings, everyone takes what they can. The Katja’s father who is several years old at that time escapes as well, but in the transport truck there is no place for him. Somebody removes a fig tree from the car, a huge plant in a flowerpot, so a little space for the boy is made. A man replaces the pot plant. Katja remembers it very well because of the special role of the fig tree. One day Katja talks with her father about the war times and reminds him the story of his escape from Kiev, which he told her himself some time ago. It turns out the father doesn’t remember the fig tree at all! He remembers all the details of evacuation, all the details match the story Katja is telling him, apart from the potted fig tree… They are amazed and can’t understand where did this fig tree came from, and how it entered the story. Both are absolutely convinced their version is true. After some time the father starts to doubt his version, but still he is not sure whether the fig tree was or wasn’t there. Although it could be a real object, one can wonder whether it is about the potted fig plant, or the word „fig” itself. A fig tree, fig, figa, fiction, fantasy, form, formula, fremdsprache, freund, future, foe, Feind.
„A fig” as a figure of speech that represents the man saved by the fig tree.
A fig as a storyline about the language that can save life.
Małgorzata Szandała
The story about the fig tree comes from the book "Maybe Esther" by Katja Petrowskaja.

A rhizome is a rootstock, a complicated system of underground sprouts or aerial roots, withers, bulbs, tubers. A rhizome is potato and couchgrass, or the weed. Language and memory are rhizomatic, as well as glia and marionette threads, and aparallel evolution of the wasp and the orchid, the cat and the baboon, Eastern horticulture of „clones” and the American capitalism, the underground and the beatniks.
Gilles Deleuze, Felix Guattari

Everything begins with the language: its structure, sings and codes that the structure comprises. Material representations of the language, its single elements, pictures or photographs do not make sense if they do not relate to what is known.
When anonymous images or objects are linked with concepts and cultural codes, the emergence of meaning can take place. Collages of associations come into existence that overlap each other and connect with each other in the least expected moments. The artist lines them with contexts and finds - anecdotes, archive photographs or reinterpretations of the data that are already there. All these create a kind of a rhizome, an endless matrix of references and connections of the stories that complement each other and do not have clear beginnings and endings. The stories are not always comfortable and pleasant, they may touch critical situations, moments of threat, unwanted memories and disgraceful moments of history. The additional tool is memory and its plasticity. These elements allow to reflect both on the influence of the past on the present, and on the influence of the present on the past.

Małgorzata Szandała (1977) is a graduate of the Academy of Fine Arts in Katowice. She continued her education at the interdisciplinary postgraduate studies "Art / public space / democracy – relations and possibilities" at SWPS University of Social Sciences and Humanities in Warsaw and at the professor Andrzej Leder seminar: „The Post-war Period in Europe. The Path of Trauma to the Surface” in the Institute for Advanced Study in Warsaw. She participated in the residency program in the Künstlerhaus Lukas Ahrenshoop in Germany, Imprimerie – atelier pour arts et sciences in Basel (Switzerland), Artist-in-Residence w Harlech in Wales and in Honefoss in Norway. She took part in several dozen exhibitions in Poland and abroad. She is interested in site-specific installations, objects, conceptual art, subversive strategies. Together with Paweł Mendrek and Ewa Zasada she contributes to the team „Travel Agency” that carries out nomadic exhibitions and actions.

back to: Exhibitions / 2018
Dorota Hadrian. Marzanna
Grzegorz Hańderek. Nothing Happened at All
see also: Małgorzata Szandała. Internationalism: A Note on the Landscape With a Potted Fig Tree and a Spielplatz in the Archive