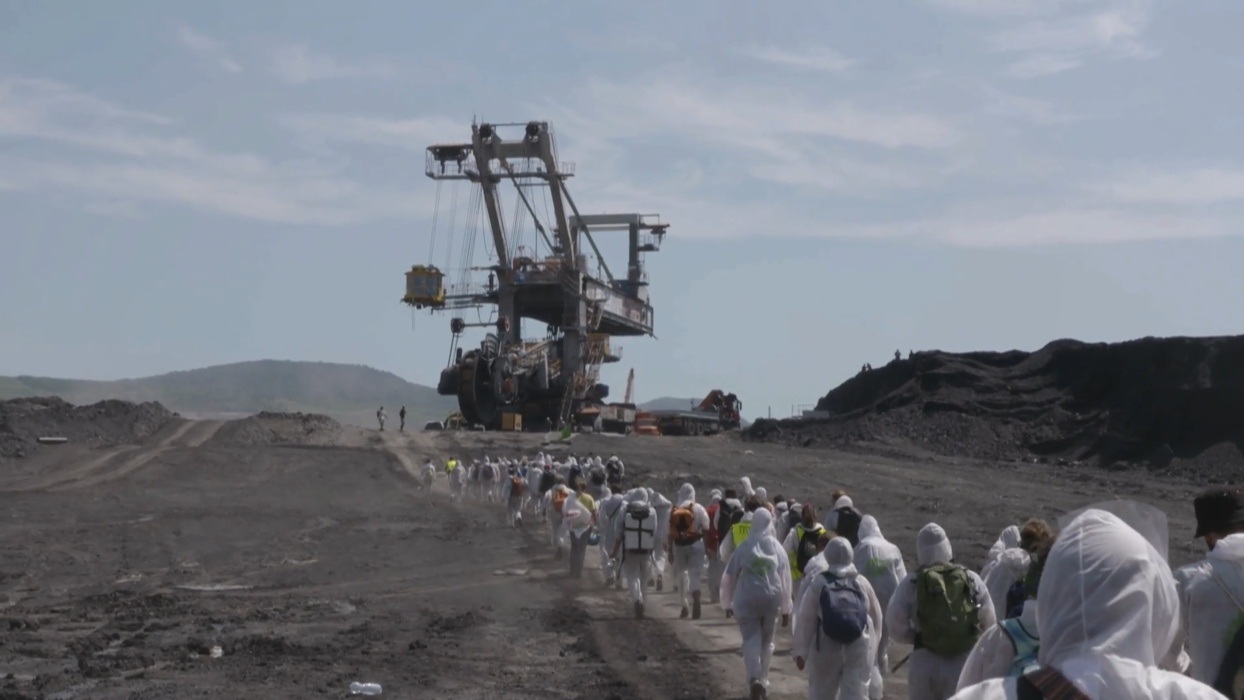 On Friday, 7 December, we cordially invite you to the events accompanying the exhibition The Most Beautiful Catastrophe: a film screening, workshop and a discussion about the strategies of climate movements, with activists from Poland, the Czech Republic and the UK.

4 PM FILM SCREENING: Behind the Fossil Curtain, dir. Vladimir Turner. Introduction about the Klimakamp in the Czech Republic and police repressions by Mikuláš Černík.

Behind the Fossil Curtain, dir. Vladimir Turner, 27'00'', 2018.
Set in the dismal post-apocalyptic landscape of a coal basin in northern Czech Republic, we learn about an environmental movement whose motto is “Change the system, not the climate” through an artistically conceived film. Why these environmental activists are being labeled extremists is, for the film director, one of the examples of how the state is creating an enemy, thereby strengthening its own power.

During the workshop, participants will get acquainted with the basic issues of organizing environmental interventions and participating in peaceful demonstrations. The problems of organization, security, and passive resistance will be discussed from the perspective of green anarchism, on the example of the activities of anarchist activists in the Camp for Forest (Obóz dla Puszczy) in the Białowieża Forest.

In response to alarming visions of the future of the planet, recent years saw an increase in environmental mobilization and activism on both local and international levels. However, there are tensions within and between environmental groups over the extent to which they should align themselves with governments and international bodies. How far are we willing to, and how far do we need to go to protect ourselves from pollution, and prevent further mass extinction? And is there a way to prevent the catastrophe at all?

The project is co-financed by the Governments of Czechia, Hungary, Poland and Slovakia through Visegrad Grants from International Visegrad Fund. The mission of the fund is to advance ideas for sustainable regional cooperation in Central Europe.