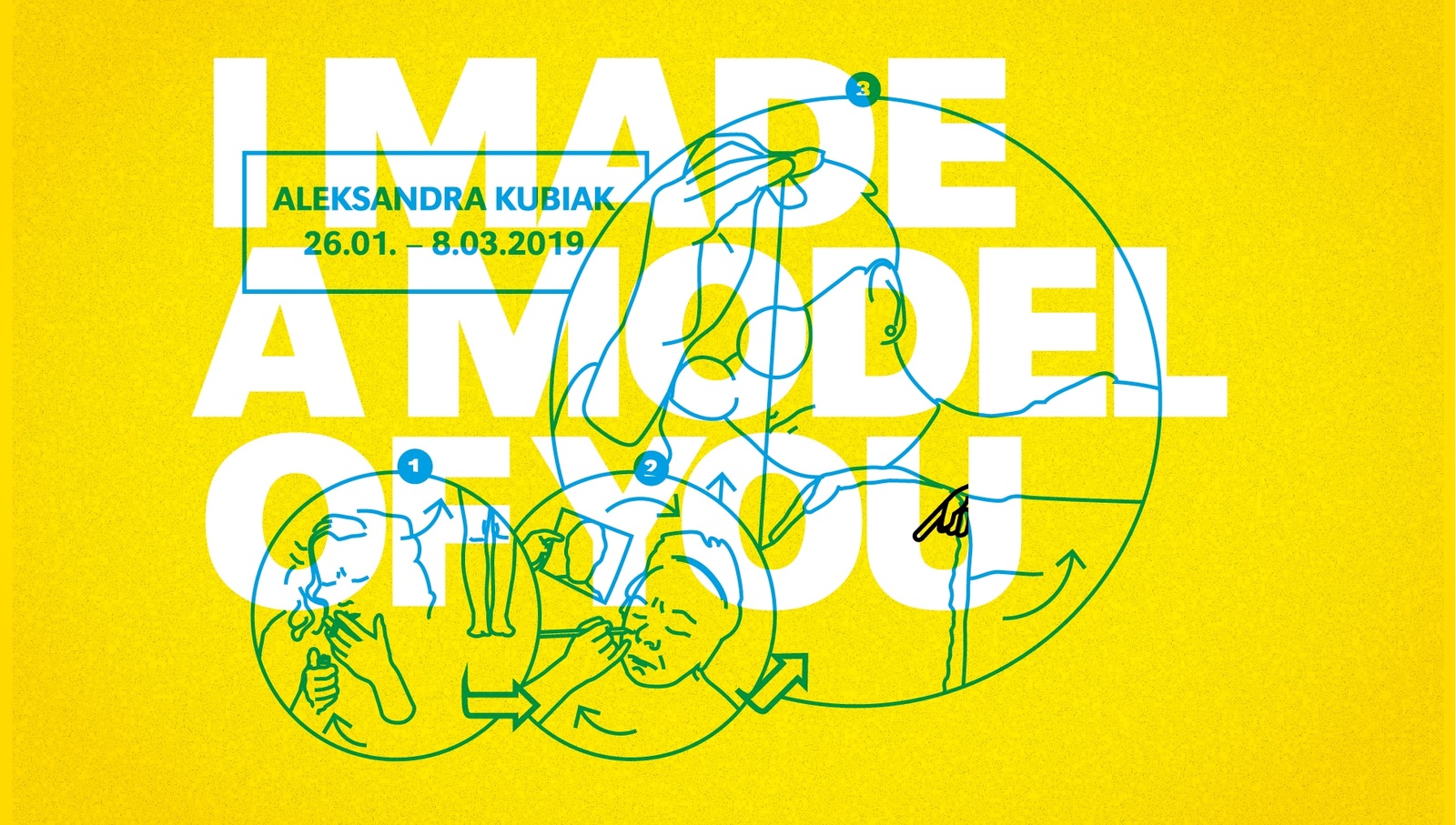 Aleksandra Kubiak. I made a model of you

But they pulled me out of the sack,
And they stuck me together with glue.
And then I knew what to do.
I made a model of you,
(...)
So daddy, I’m finally through.
Sylvia Plath, Daddy (frag.)

In separate quasi-residential rooms of “Kronika” gallery in Bytom, well hidden behind heavy curtains, an autobiographical story is being told: it is personal and uncomfortable, but also morbidly captivating, shocking and fascinating. It consists of three stories. Each of them is happening in a different house in Olszyna Lubańska, a small town. Aleksandra Kubiak numbers them: the first, second and third house. The artist cannot remember the address of the first one, and that is where the events depicted in the work Elephant Flesh have taken place. In the third house, the mother got killed, and is resurrected by Kubiak in the work You’re a Cute One, Sweetie. To the second house - the one at Wolności Street, the artist has returned in the latest project - Live, Silly!.

Three video works are three experiments. The artist enhances in them the tools of performance art by redefining its form - including third parties, elements of theater or documentary film, but also by carrying out experiments on herself, i.e. on her own memories and traumatic experiences. This is a kind of reckoning with the past, self-therapeutic working through, and not only difficult memories are processed, but also deeply rooted, long-term shame.

The form of the artist's current individual work is the result of a long process, years of therapy and gaining knowledge. The term “trauma”, introduced to psychoanalysis by Sigmund Freud, meaning wound or skin damage, is of key importance for her work. Kubiak shows that the human mind can be wounded too, by subjecting it to strong stimuli. In her works, she employs not only Freud's psychoanalysis, but also Hanna Segal's theories or Caroline Garland's research, according to whom a traumatized person must work through painful events and memories of them, and incorporate these events into the consciousness instead of hiding them in the hard-to-reach areas of psychological activity.

To do this, the artist uses the best tool she has, namely, art. Her actions oscillate between the private and the public. In accordance with the slogan "private is political", she publicly debates the issues considered in the patriarchal society too trivial or too personal, undiscussed beyond the four walls, such as violence, also sexual violence, against women and children.

As she writes in her doctoral thesis: “My interests focus on the area of crime committed in the privacy of home, in small communities, among your nearest and dearest. Relatively often, domestic violence ends tragically for one of the family members. However, these tragedies rarely penetrate our consciousness, because they are superseded by more spectacular crimes, more strongly represented in the media.”

In Poland, on average three women die every week because of domestic violence. Every year, over 90,000 persons become victims of domestic violence - almost 90 percent of the adult victims are women. State institutions do not provide reliable monitoring and support for victims, who are often not taken seriously, are not believed, are ridiculed, or evidence is demanded. Statistics are not accurate because the majority of victims do not disclose what is happening at home due to shame or fear. Kubiak uses here the phrase "a guardian of secrets". This is what she calls her mother and grandmother who, since childhood, have taught her how to behave in social situations to hide domestic difficulties, how to dress, mask, so that no one would guess.

The artist does not offer ready solutions to fight the systemic problem, but she has the courage to talk about it loudly, still fighting with shame.

Aleksandra Kubiak (born in 1978 in Lubań) - a multimedia artist, creator of performances, films, and three-dimensional forms. In her activities, she examines the social effectiveness of art. In the years 2002 - 2013, she and Karolina Wiktor founded the group Sędzia Główny (Chief Judge). After the group's activity was suspended (2010), she resumed her individual work. Since 2014, she has been creating the autobiographical series of works. In 2016, Kubiak defended her doctorate thesis in art history under the supervision of prof. Izabella Gustowska in cooperation with prof. Marek Wasilewski at the University of the Arts in Poznań. Since 2017, she has been employed at the Institute of Visual Arts at the University of Zielona Góra. She is a scholarship holder awarded by the Minister of Culture and National Heritage of the Republic of Poland. With Karolina Wiktor, as the group Chief Judge, they were nominated for Polityka Passport Award (2011) and Views 2008 Deutsche Bank Foundation Awards, and they received the International Prize for Performance in Trento, Italy as well as the TVP Kultura Award. Individual works of Kubiak and Chief Judge were presented both in Poland and abroad. They are in the collections of the National Museum in Warsaw, the Zachęta National Gallery of Art, the Museum of Art in Łódź, Signum Foundation in Poznań and in many deposits and private collections. Kubiak lives and works in Zielona Góra, where she cooperates with the Salony Foundation and the BWA Gallery.

back to: Exhibitions / 2019
The Most Beautiful Catastrophe
Maria Magdalena Kozłowska. I've Had Enough
see also: Aleksandra Kubiak. I made a model of you in the Archive